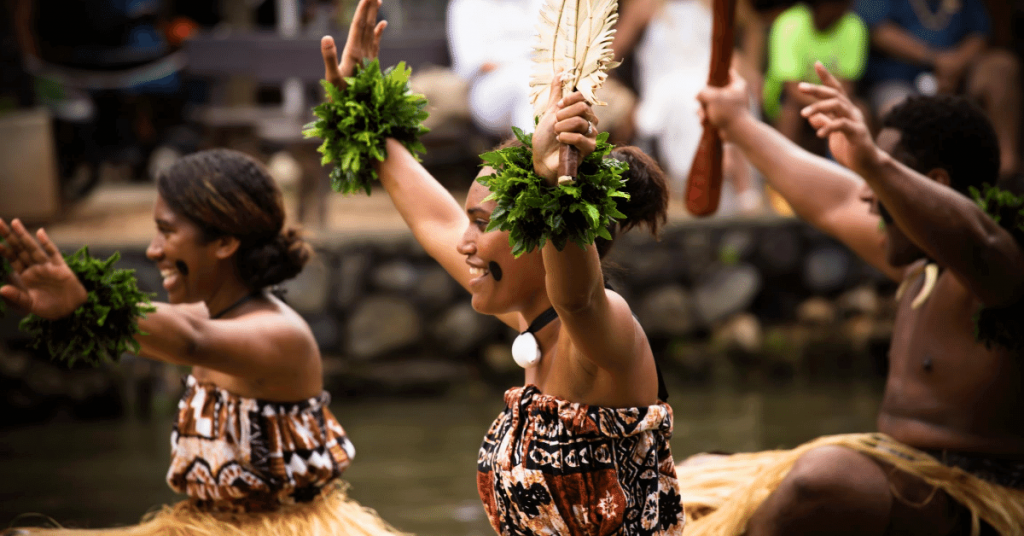 How Universities work against diversity

Universities can express a commitment to diversity whilst simultaneously working against diversity. The first way in which universities do this is through the ‘politics of stranger making’: “how some and not others become strangers, how emotions of fear and hatred stick to certain bodies, how certain bodies become understood as the rightful occupants of certain spaces” (Ahenakew & Naepi, 2015, p. 2). As a result, one group of people is able to declare diversity desirable and then dictate what it is about diversity that is desirable (window dressing, performance, etc.) and what is not (questioning, transforming) (Ahenakew & Naepi, 2015).

The third way that universities can express diversity but not practice it is through the expectation of gratitude. For Ahmed this is the expectation that “racism becomes something that we should not talk about, given that we have just been given the freedom to speak of it” (2012, p. 154); in this example, when diverse bodies speak of racism they cause the problem as opposed to the racist actions.

The fourth way that that universities can express diversity but not practice it is through the expectation of intelligibility (Ahenakew & Naepi, 2015), where in order to enact change diversity practitioners must use the language of the university or be prepared to ‘switch,’ dependent on the argument needed to leverage change (Ahmed, 2012). As a result, the work of diversity can reproduce university norms (Ahenakew & Naepi, 2015) as the language that is intelligible to the university restricts what can be said (Martin, 2000; Naepi et al. 2017).

During my PhD work I conducted talanoa with twenty-seven Pasifika women who collectively represent 216 years of experience of working in Aotearoa New Zealand universities. They reported experiencing the ways in which universities enact non-performative diversity through stranger making, desirable diversity and expectation of gratitude.

Pasifika women are further inscribed as trespassers through the process of stranger making (Ahmed, 2012). Collaborators experienced situations of exclusion through their presence being questioned or ignored. In community talanoa four a Pasifika woman reflected on an experience of being looked through: “He was so dismissive and so rude, and I just knew… You know, you see people and the way they behave and you go up and you introduce yourself and they just look past you. ‘Hello, I’m here. I’m here.’” The collaborator’s “you just know” suggests that this is not a one-off experience for her; rather, she has learnt how to read the room and the people within, instinctively knowing who will act to make her a stranger. Interestingly, one of the collaborators in talanoa seven reflected on how she uses these practices of stranger making to continue doing what she considers important:

Pasifika women experience the impact of desirable diversity, with collaborators sharing how people have certain expectations of what a Pasifika body should do. In talanoa ten, when reflecting on how she manages to make changes within higher education institutions, a collaborator shares how she must approach everything from a position of desirable diversity, noting,  “The thing is, everything I do, I have to do with a smile on my face because I’m Pacific and I have to be nice to everyone all the time… …So it’s like you have to do all of the same things, but you can’t ever lose your temper, you can’t ever cry, you can’t ever take offense.” Collaborators recognised that when they do not enact desirable diversity their career prospects are limited, such as in talanoa seven when a collaborator shared her view on ‘towing the line’: “people who tow the line get promoted, or they sit on committees, or they become the professors in some respects. The people who antagonize the systems like ourselves, and push the boundaries, we’re seen as renegades, or we’re seen as the problems.” This desirable diversity is also rejected in talanoa seven where a collaborator pushes back and says this is not all that we are, we are more than the dusky maiden:

“There’s this romanticising, we’re kind of the dusky maidens, we play guitars, and we’re happy-go-lucky. And then we just go with the status quo but in actual fact that’s not who we are, because we’re not understood, and I know in my experience, I’ve had very few hints of schools, or managers, or deans really get to know who I am, or any of my Pacific colleagues. And they don’t have coffees with you, and they don’t take the time to conversate about your culture, or your identity, or what you represent, and those … That worries me. That really worries me, but it also doesn’t surprise me.”

Others push back further still by refusing to participate in what makes somebody a desirable body, as shown in talanoa eight:

The quote above reveals that Pasifika women are aware that their bodies are desirable for the institution, but they also recognise that they have the power to reject this desirability by slowing the process of ‘absorption’ through refusal.

Like other diverse bodies, Pasifika women experience the expectation that they should be grateful for their inclusion in higher education institutions (Ahmed, 2012). Some collaborators were aware that this expectation of being grateful is tied directly to resourcing, as community talanoa three illustrates: “They think we’re ignorant about the resourcing that comes into these institutions. They think, ‘Oh, they’ll be grateful for this.’” Others recognized that this expectation of being grateful extends to protecting white fragility, as in talanoa ten: you are kind of in a no-win situation when it comes to challenging these things, because people think you’re complaining, or you’re being difficult. So, if you get angry, and you use that anger to drive forward that conversation, and be brave enough to raise something, you’re the angry black woman. If you get upset, you’re the upset weak woman who can’t handle the jandal,” seven: “you accuse racism, then you get done for more damage,” and community talanoa six, when a collaborator spoke about the impacts of colonisation: “someone said to me the other day, and it was completely unexpected source, and from a scholar and he said why aren’t we over colonization yet? And I was like, I can’t believe you just said that to me, so I had nothing ready to say to him.” These experiences of expectations of gratefulness reinforce to Pasifika women that their place in higher education institutions is not to question what has been given to them and instead to continue being the desirable diversity that does not challenge the institution.

Ahenakew, C., & Naepi, S. (2015). The difficult task of turning walls into tables. Sociocultural Theory: Implications for Curricular Across the Sector, 181-194. 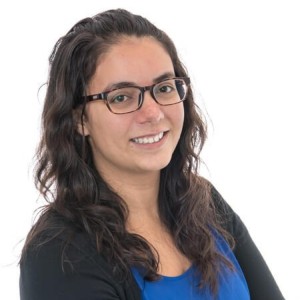 I engage in research as a way to be of service to my community. I fundamentally believe that all people have a right to reach their potential and for now I am focussed on how higher education institutions can better serve the people who work and learn within their institution. 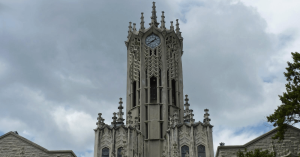 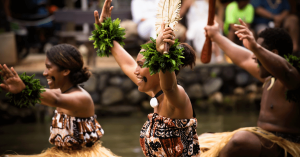 Questions we need to ask about higher education

See my CV for more information

I engage in research as a way to be of service to my community. I fundamentally believe that all people have a right to reach theis potential and for now I am focussed on how higher education institutions can better serve the people who work and learn within their institution. 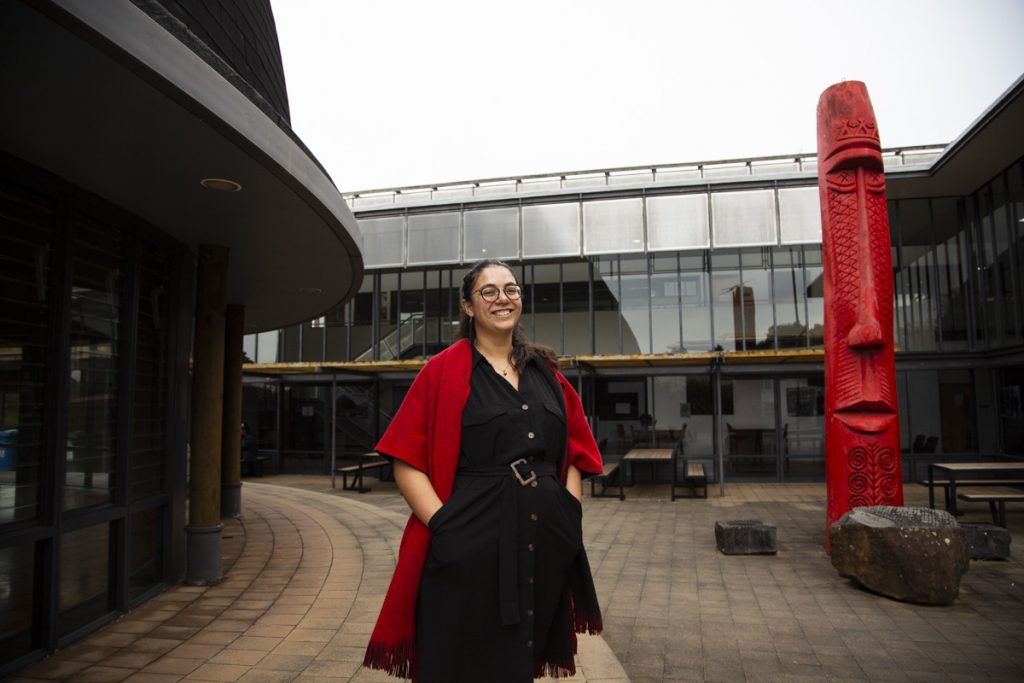 If you are interested in working with me feel free to check out my CV at the link below, or contact me if you have any queries.